The Work of Peter Lind Sr. 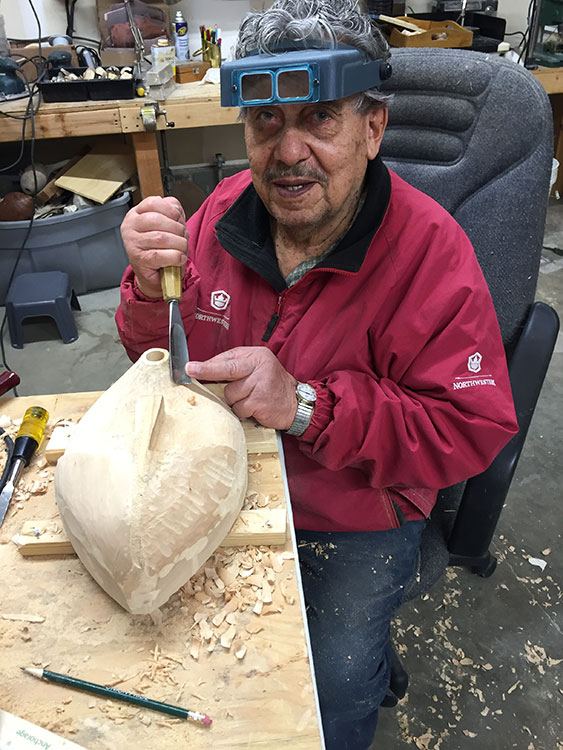 Peter is an Alaskan Native artist of Alutiiq and Swedish descent, born to Fred and Dora Lind in 1930.
His earliest memories are of living in a sod house and carving a boat at age 7. Formal schooling was not available to Peter, although one year his family wintered in Perryville where he was placed in the third grade class at the BIA school.

Artwork was always a part of his life. In addition to his woodcarving, he learned to carve soapstone and ivory. Peter’s artistic efforts have mostly been self-taught by carefully observing birds, animals, fish, and objects used in his daily living. He can take a piece of ivory and read it like viewing grains on a piece of wood.  He gently turns it, appreciates its rich color, notes the depth of the cavity at its base and contemplates the figures he sees within, perhaps a nesting eagle or a double ender sailboat.

Peter is skilled in Aleut/, Alutiiq mask making and takes pride in making the traditional style Aleut, Alutiiq bentwood visors, which in his words, “Honors the spirits and transforms the wearer into a mighty hunter, capable to brave the ocean and its dangers.” His museum quality visors are sought after and reside in both public and private collections.

Peter has taught in many remote villages, as well as in museum workshops and the Alaska Native heritage Center. In the year 2000, he started participation in a newly formed “Artists in Residence Program” aboard Holland America Cruise Line ships. Peter also has taught the native style of dog-sled building. Everything is done by hand only.  He has taught both art and trapping, in Lake and Peninsula schools, including how to set snares and other various traps, complete with field trips outdoors. He has also taught his family at homes, including his nephews and son who have since become well known artists in their own right.  Peter loves to teach both children and adults.  Peter’s love of art teaching along with his personality makes his classes both interesting and enjoyable.

He has achieved several awards for his traditional art style and traditional Alutiiq visors.  Collectors statewide and international have purchased his artwork. 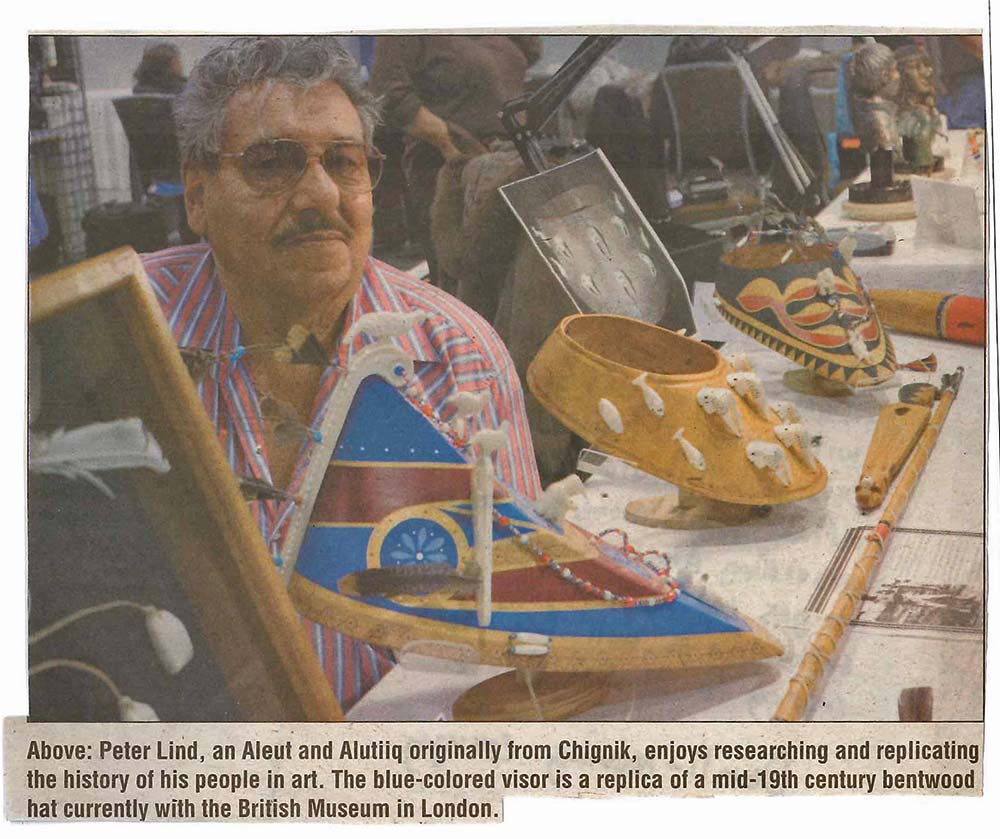 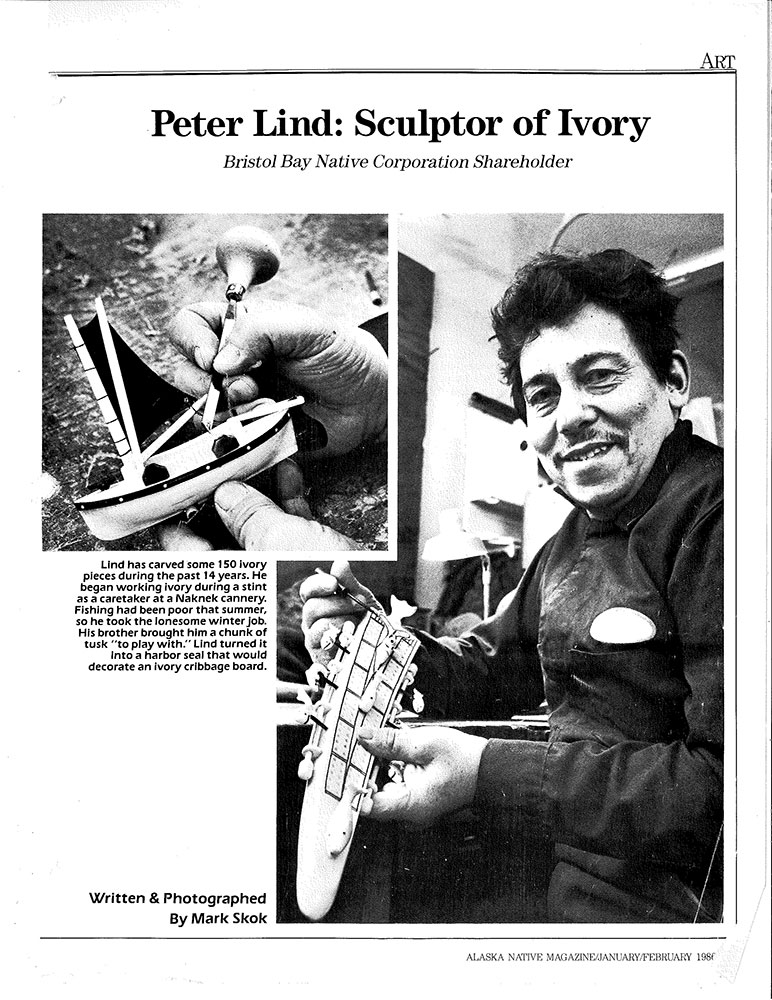 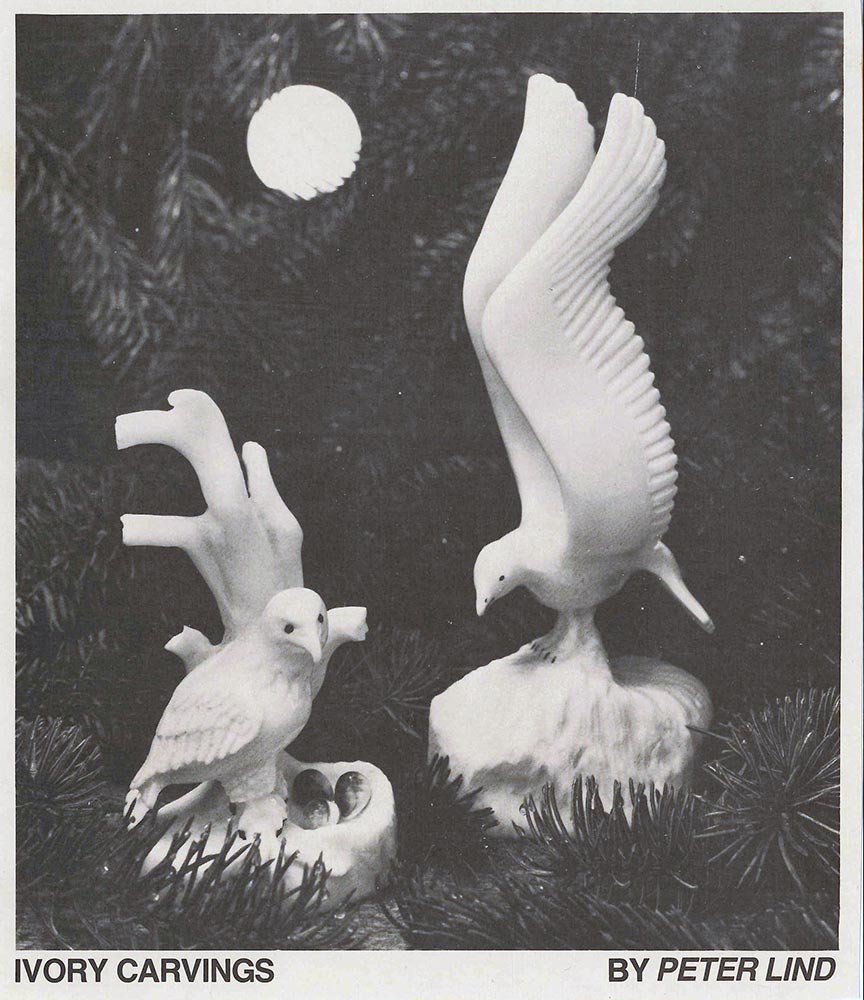 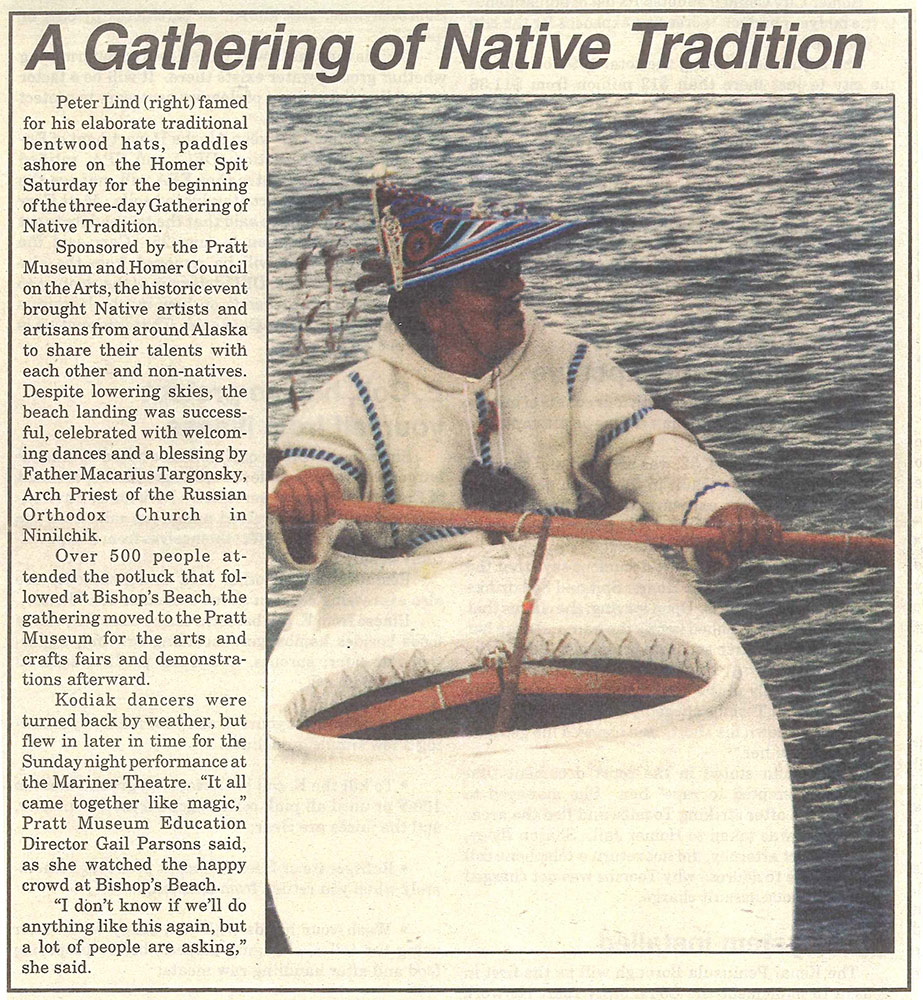 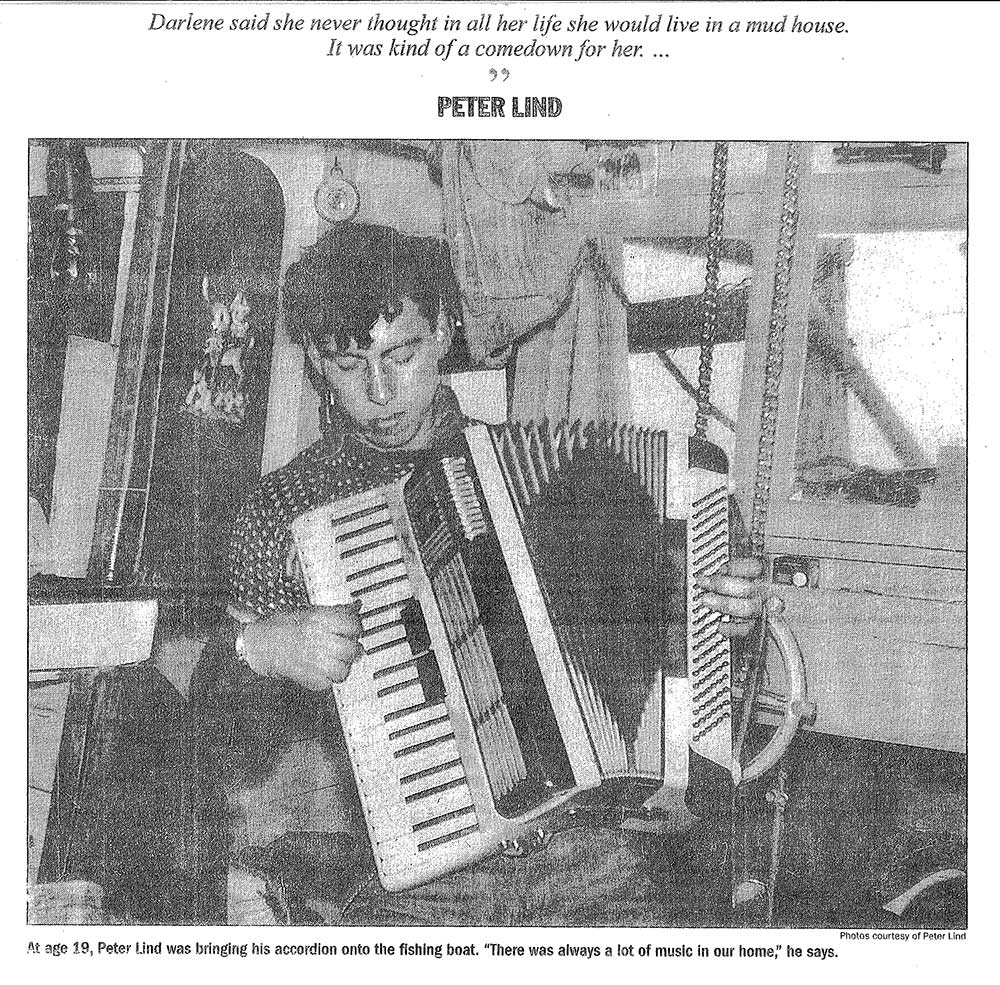 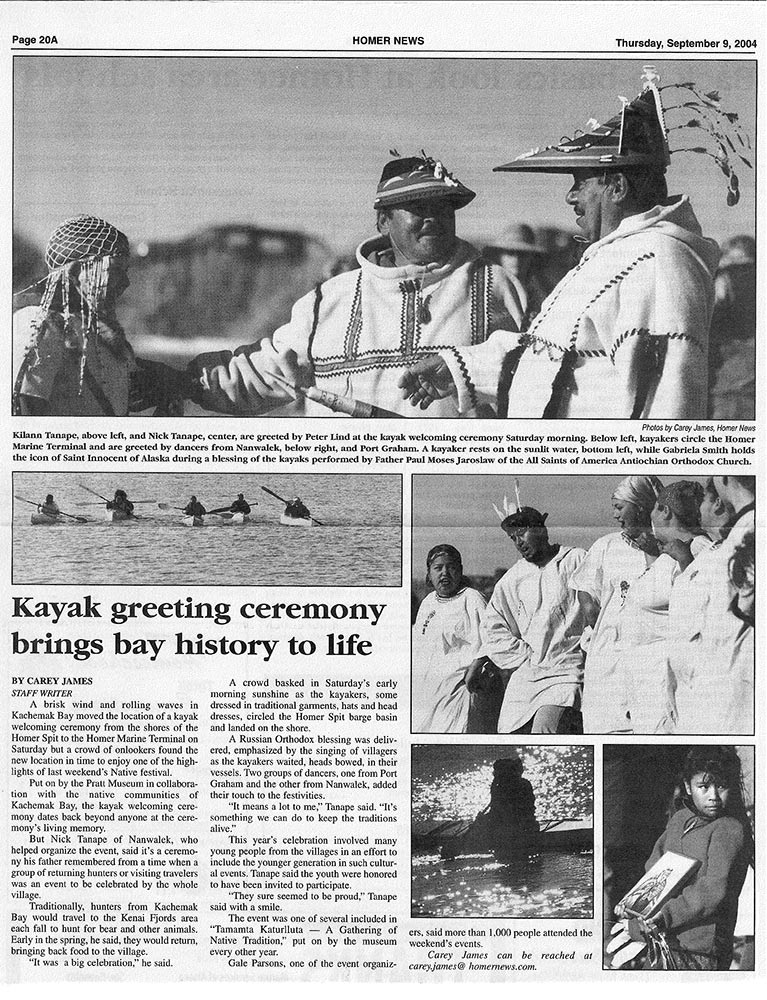 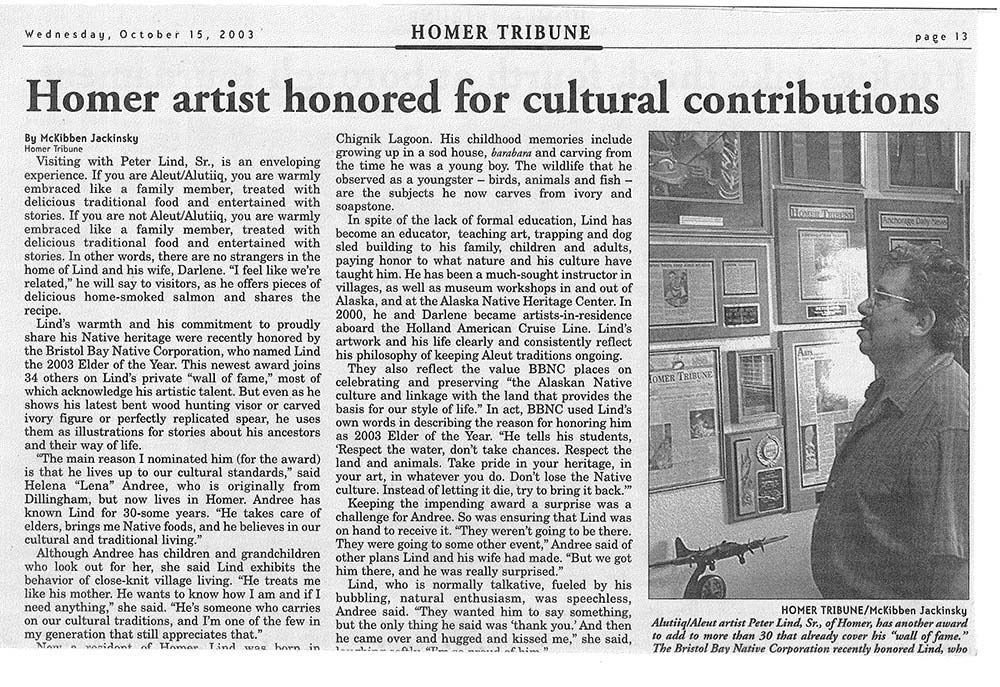 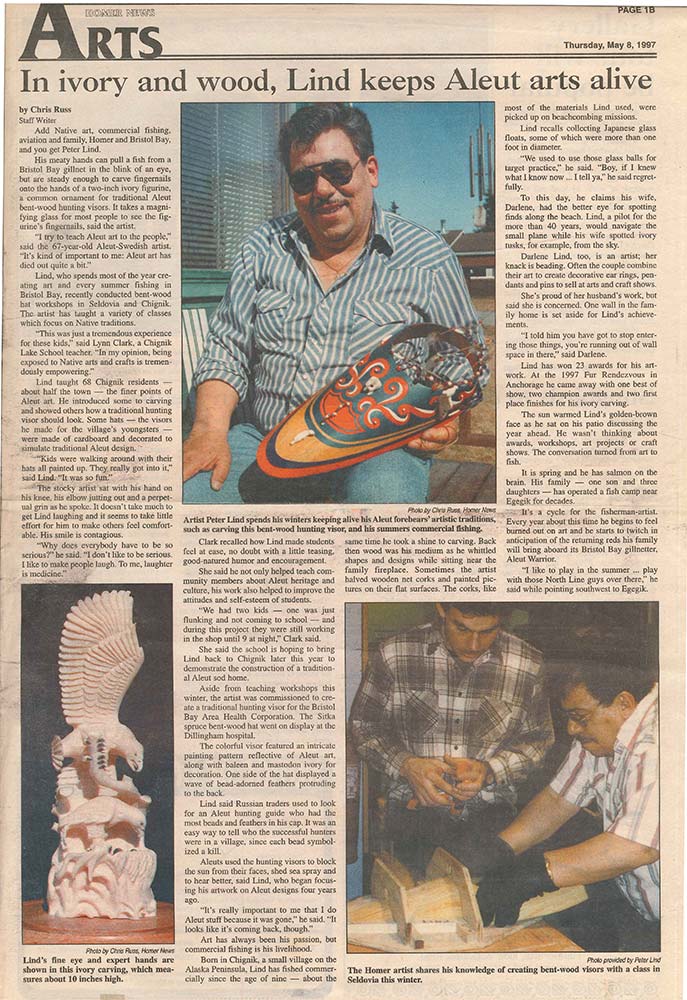 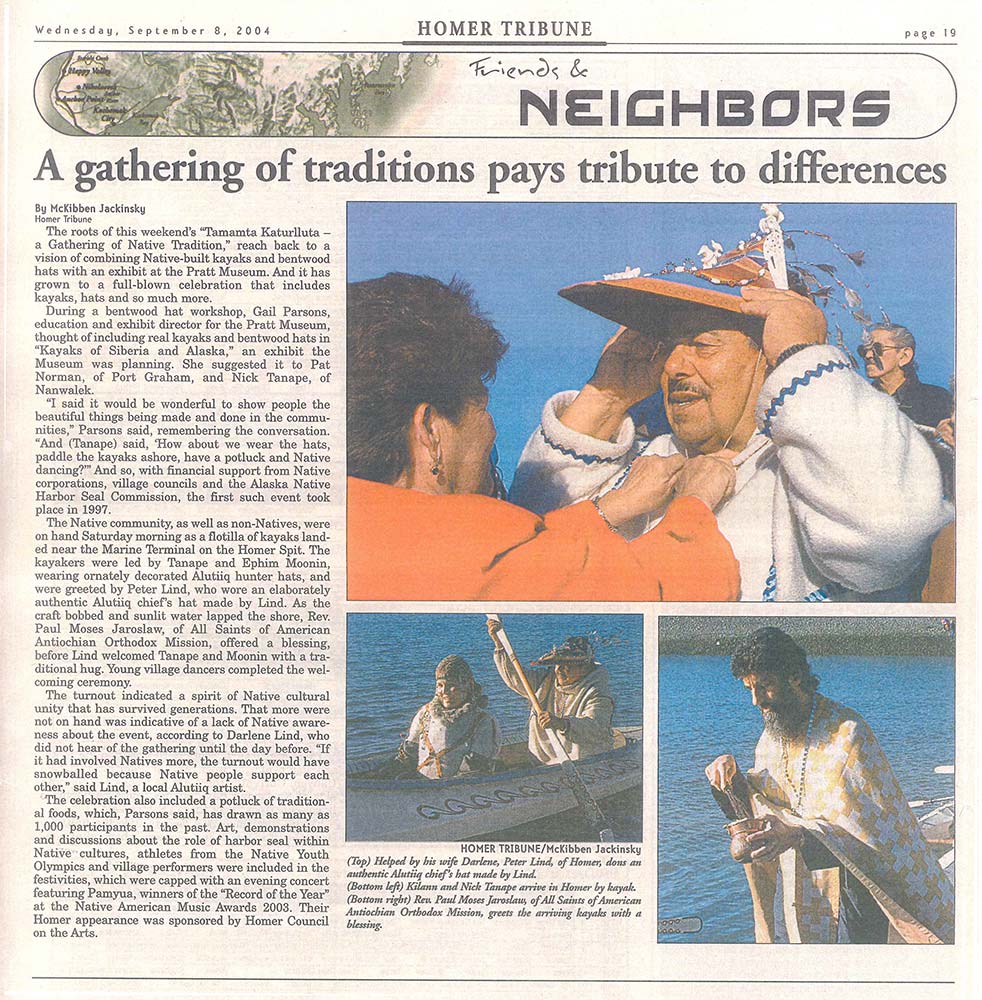 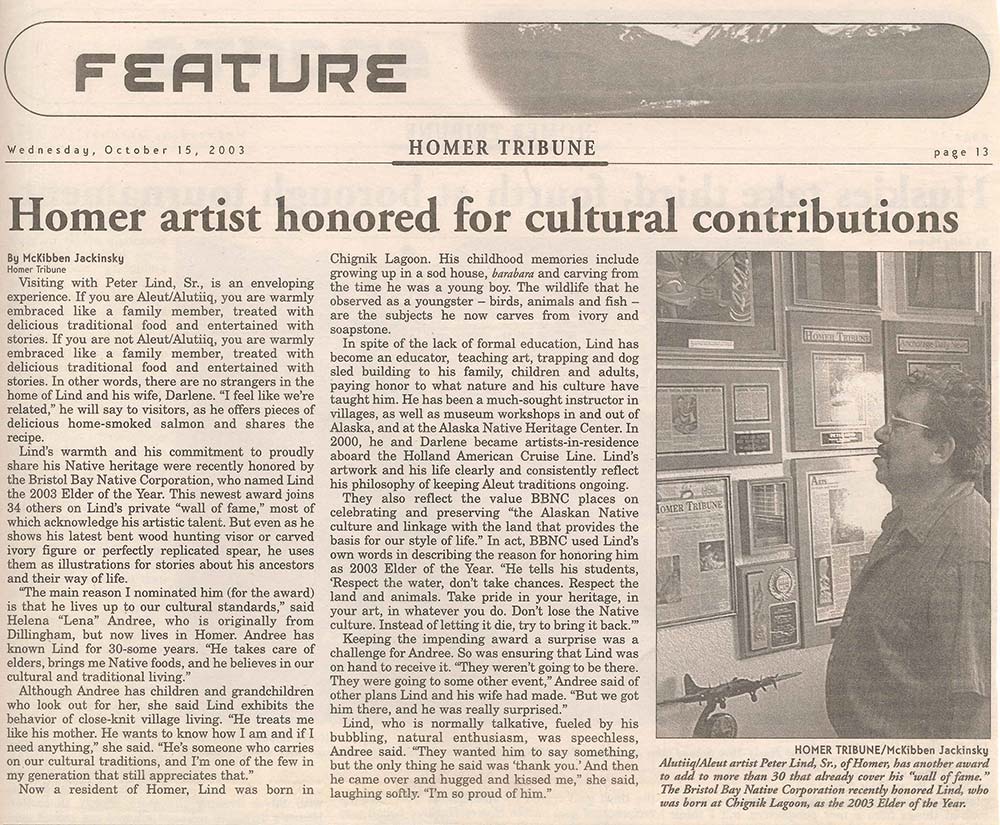 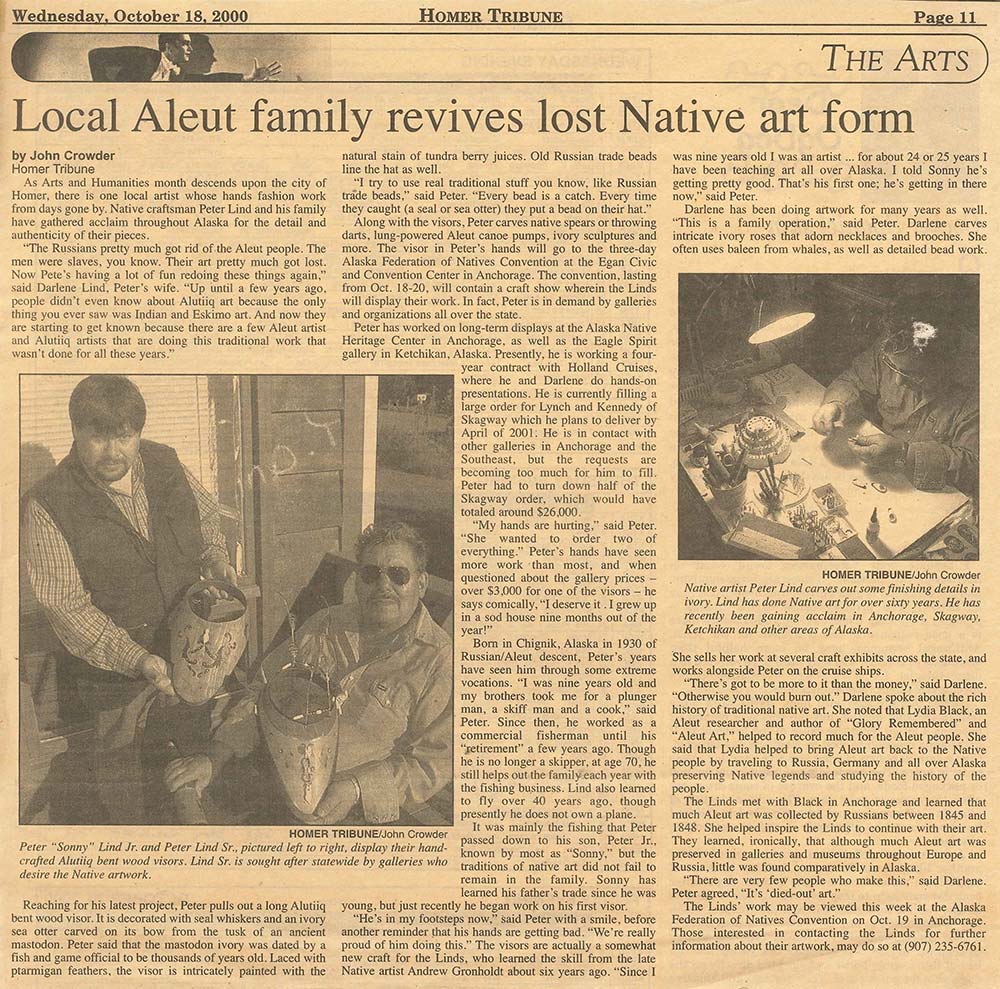 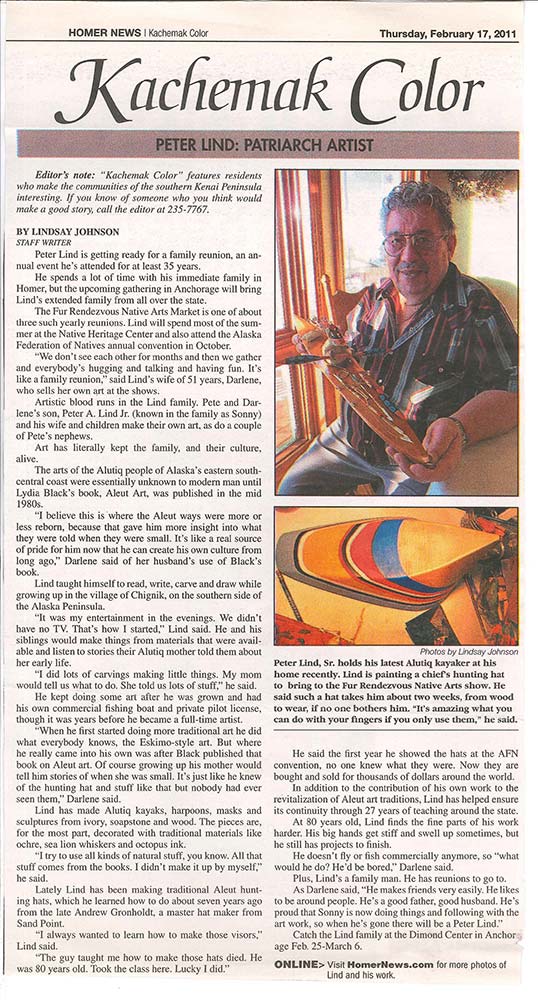 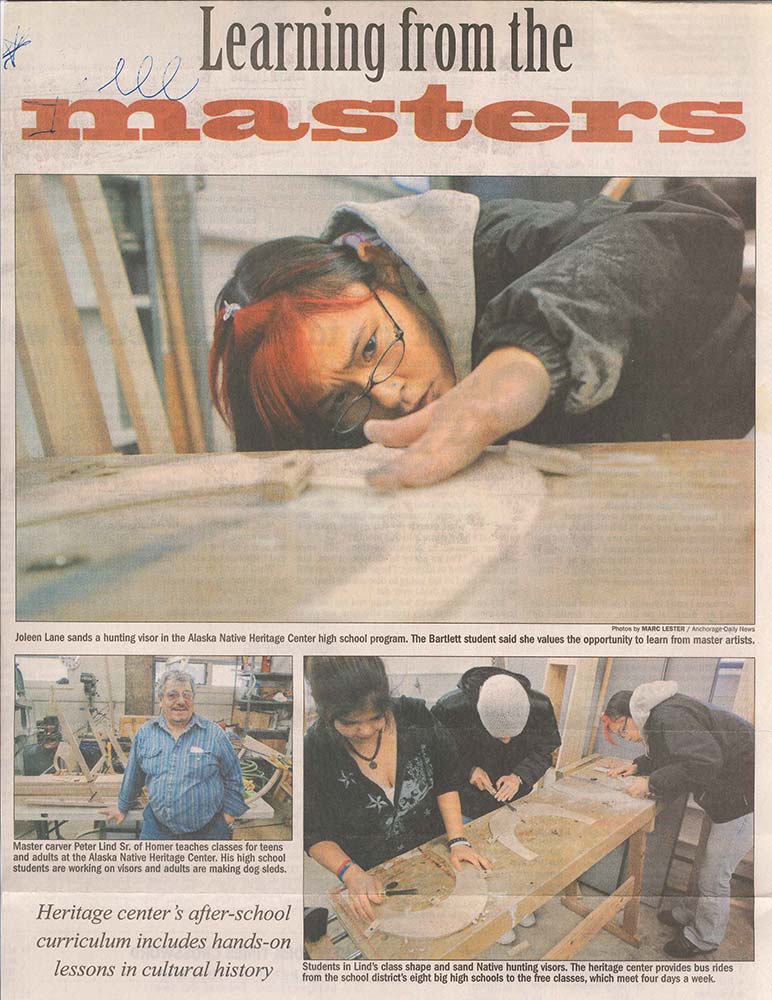 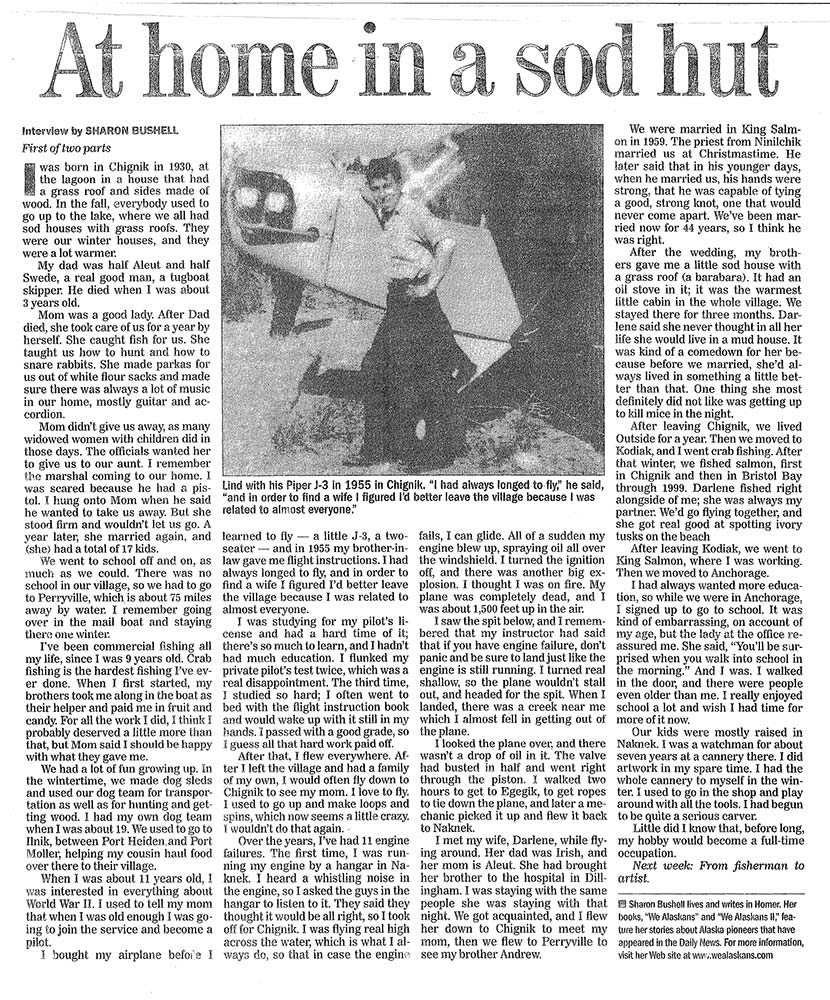 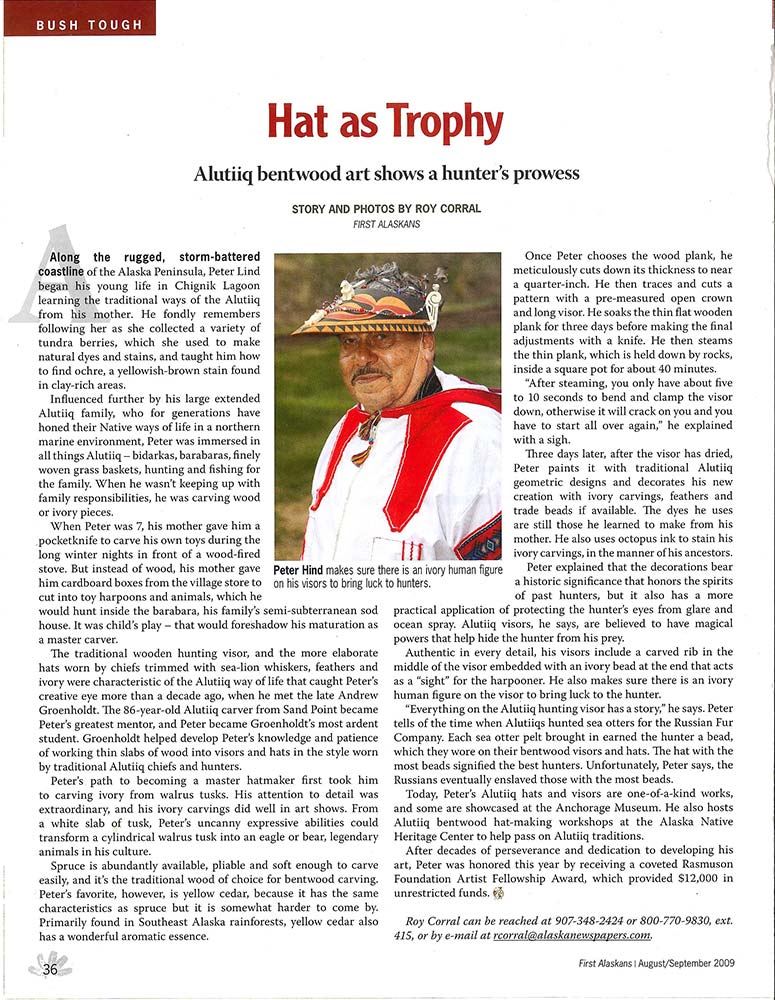 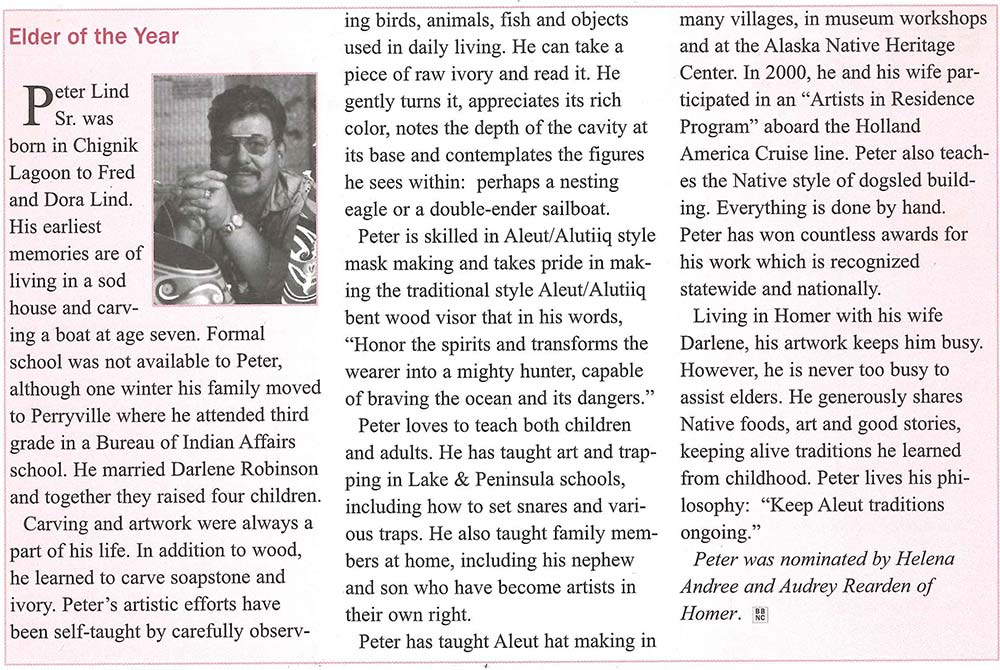 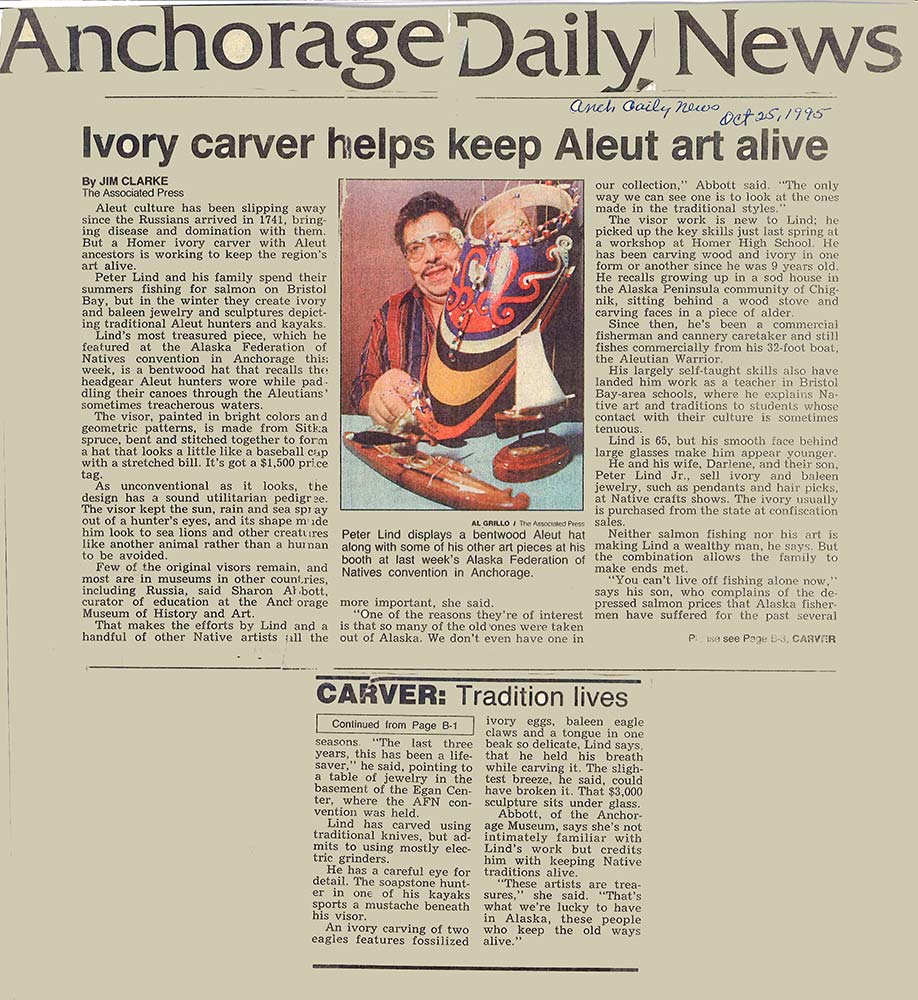 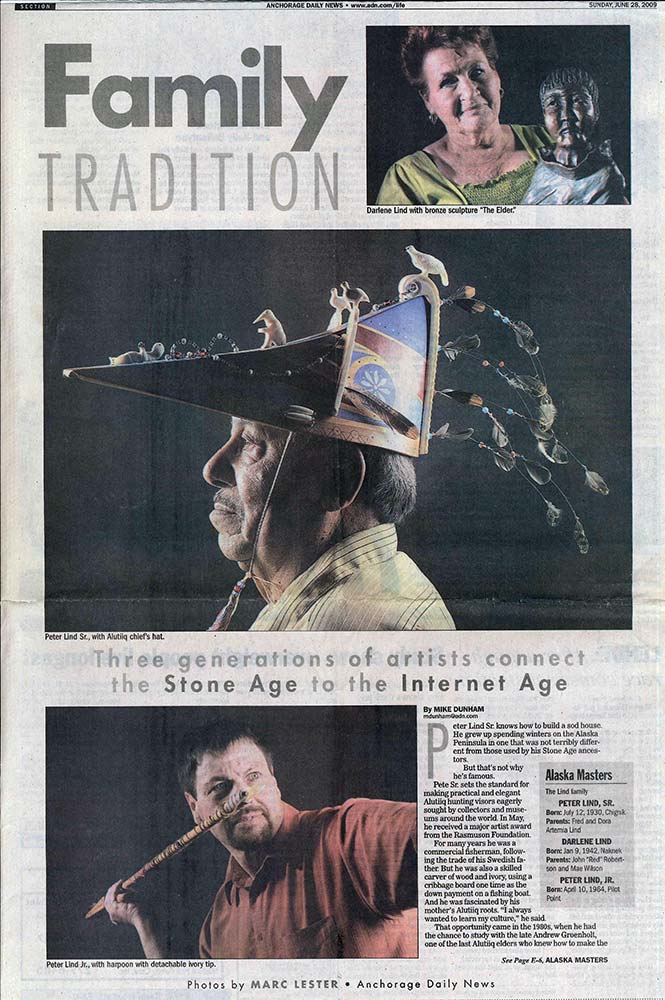 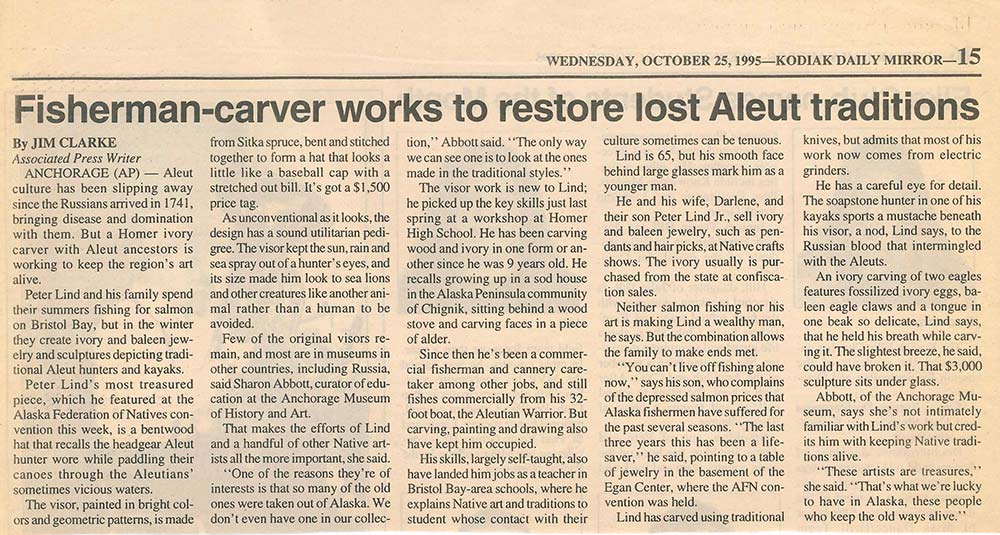 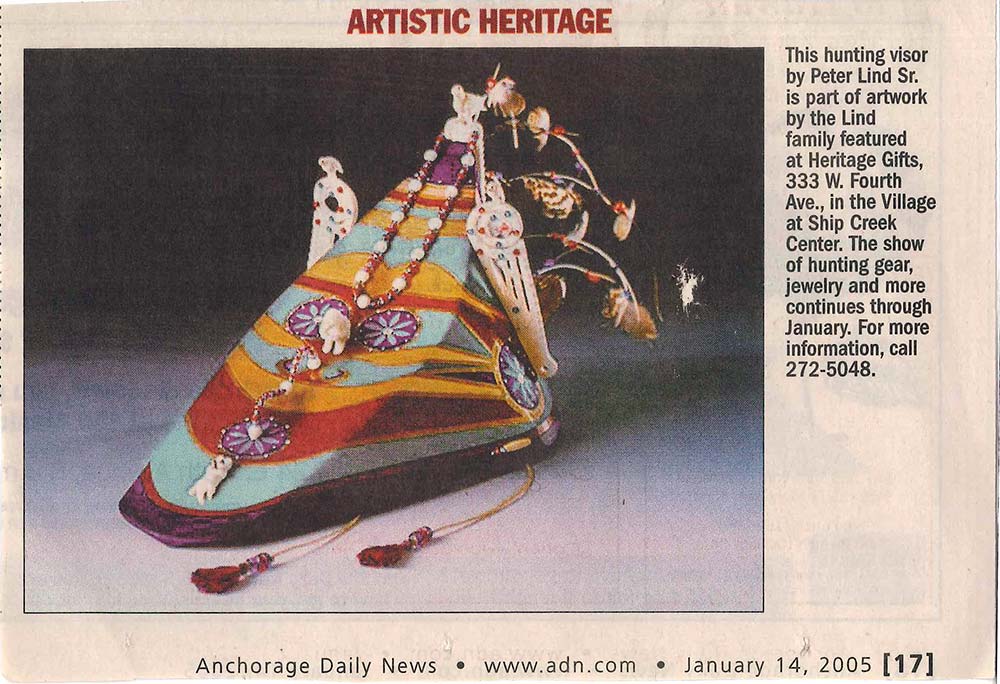 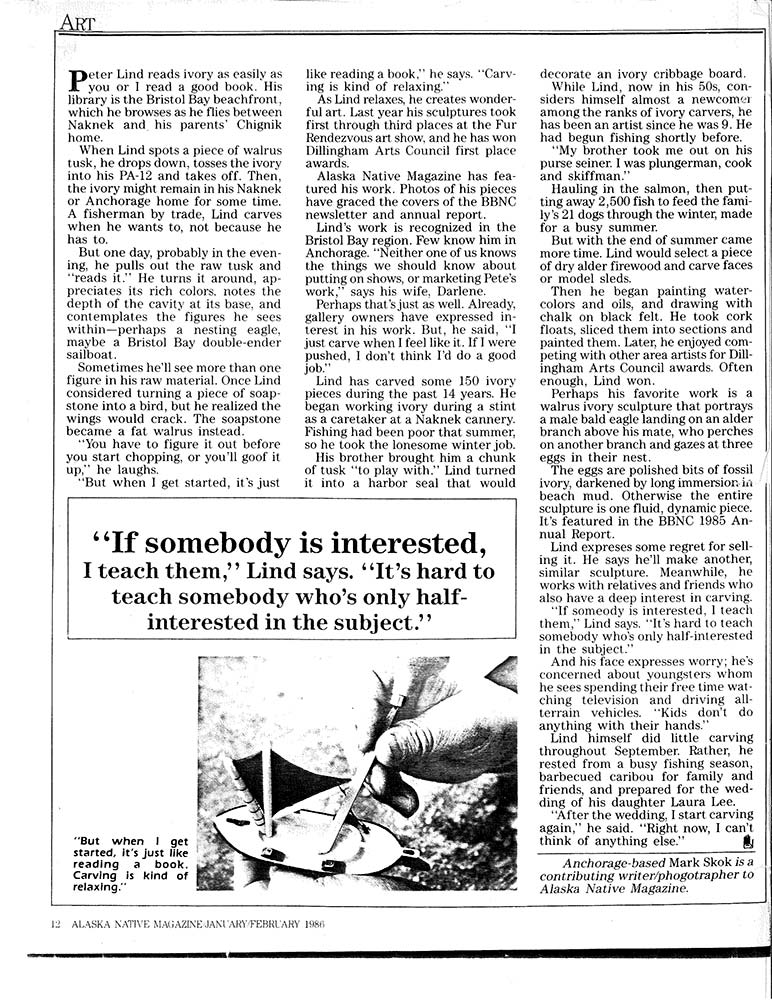