The baidarka or Aleutian kayak was the watercraft created by the native Aleut (or Unangan) people of the Aleutian Islands. The Aleut people were surrounded by treacherous waters and required water transportation and a hunting vessel. Due to the geography and climate of the Aleutian Islands, trees and wood were in scarce supply and the people relied primarily on driftwood to create the framework of the kayak, which was covered with the skins of sea mammals. Two types of boats were created, one with a covered deck that was used as a hunting kayak, and another that was open and capable of carrying goods and people from one island to another. 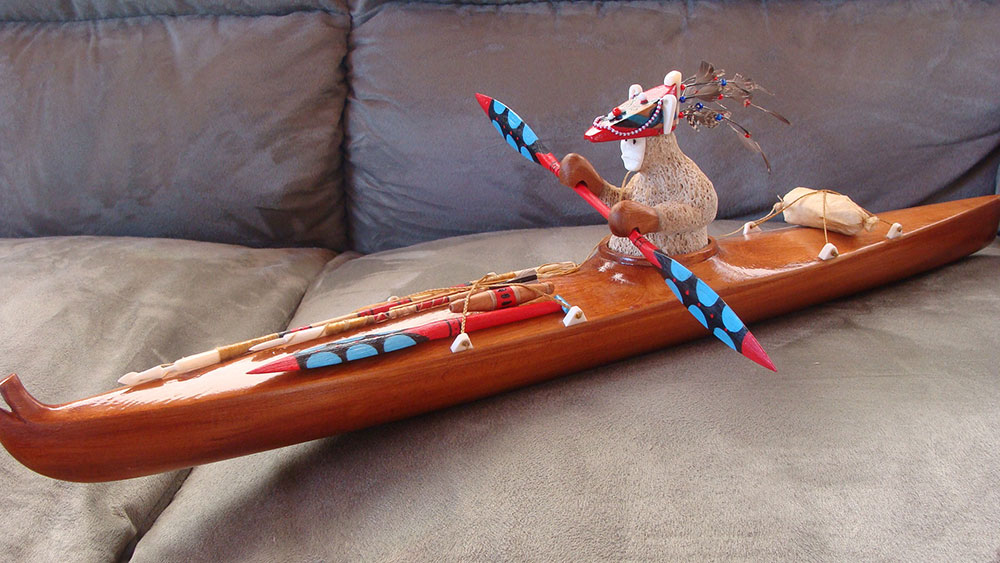 A prominent feature of a baidarka is its forked bow (bifurcated bow). Very lightweight and maneuverable, it was made out of seal skin sewed only by Aleut women, over a frame made strictly of drift wood (since no trees grow in the Aleutian Islands), bone, and sinew. It was treated as a living being by Aleut men, and it was taboo for women to handle them once completed.

The men designed the baidarka frames to be light, fast, and flexible, tying together the wooden parts with intricate and spiritual knots braided from tough animal sinew. Unungan women prepared sea lion skins which they sewed onto the frames with bone needles, using a waterproof stitch. While out at sea, men carried with them emergency repair kits. For the Unungan, the sea kayaks lived as spiritual beings and were essential for their survival.

From early ages, Unungan boys were trained in the use of baidarka. 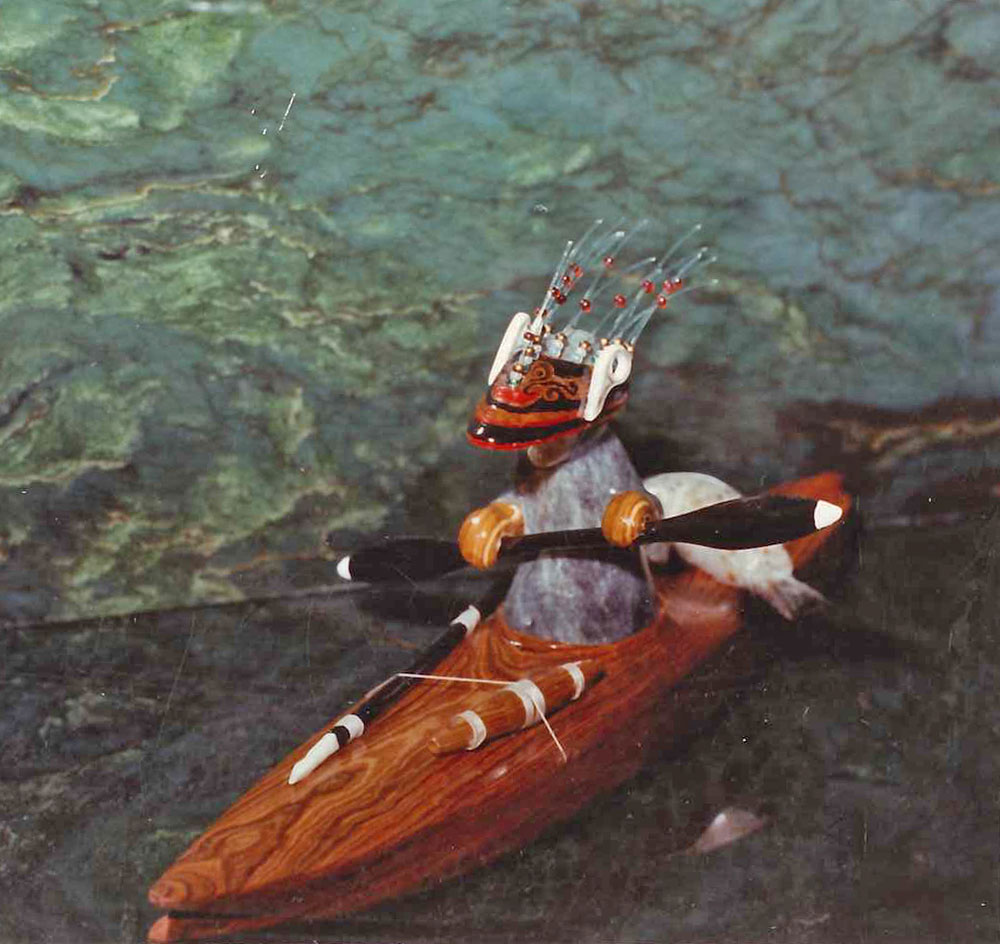 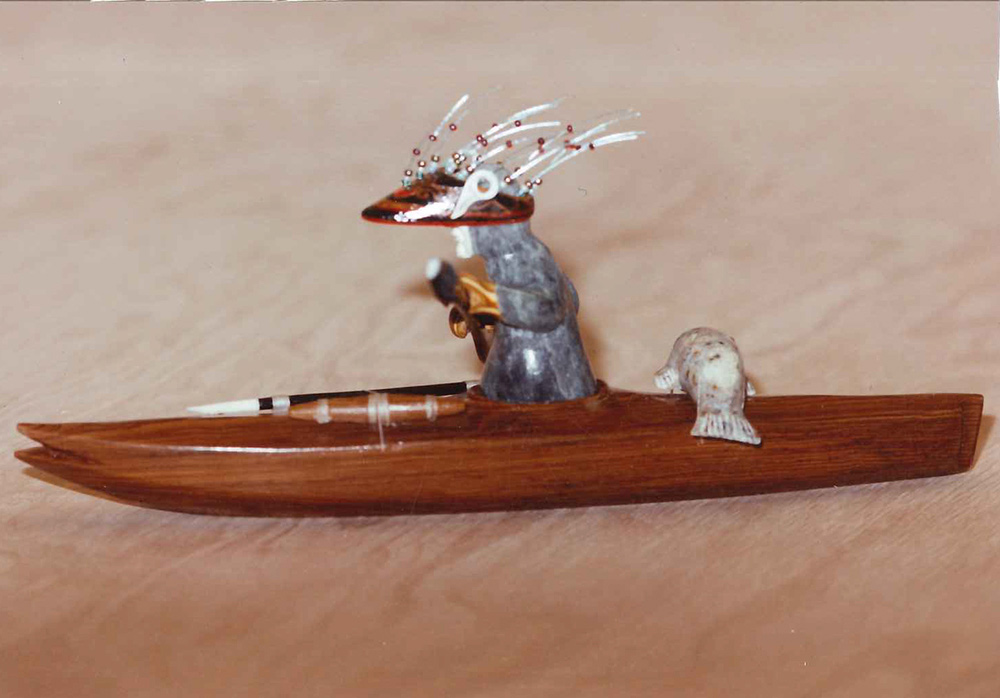